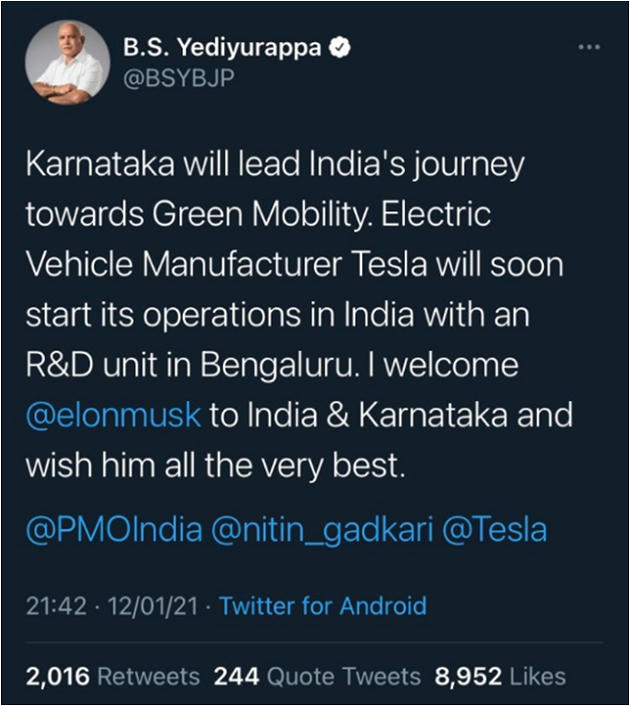 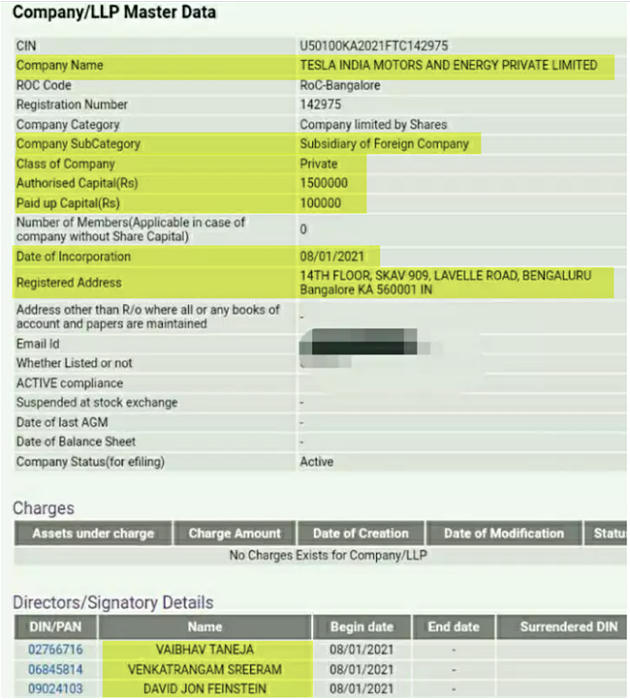 But why R&D unit in Bengaluru? But why tesla is now entering?

Operations in other states also What is the reason behind sudden wealth? Q) Which country has the most electric vehicle per population?